In late 2018, former Australian NASCAR champion George Elliot needed an important job to be done, the restoration of one of his cars.

George’s many fans knew the #55 was being sent somewhere but few knew exactly where it was going and fewer knew the exact reason for the restoration.

This particular #55 is a Chevrolet Monte Carlo, George had also raced in the Chevrolet Lumina during his many years racing Stock Cars.

The car was sent down to the O’Hara’s stock car shed and as regular readers know Zac O’Hara runs Stock Cars Australia and he also drives the #27 Monte Carlo.

The #55 arrived in the Stock Car shed still wearing the familiar black paint scheme that was on many of George’s cars but it also had some unfamiliar signage including Stock Car Challenge which was a Stock Car series that was around after the V8 Stock Cars and before Stock Cars Australia.

Work then proceeded on the car, the car was just a rolling shell as everything major was out of the #55 but this soon changed after the installation of a crate 350 engine as well as a T10 gearbox that both came from a Thunderdome ride car.

New parts were required to be manufactured for the car and the axles, the radiator, wiring and more were also installed in order to make the car go from a rolling shell to a running Stock Car ready for its planned destination. 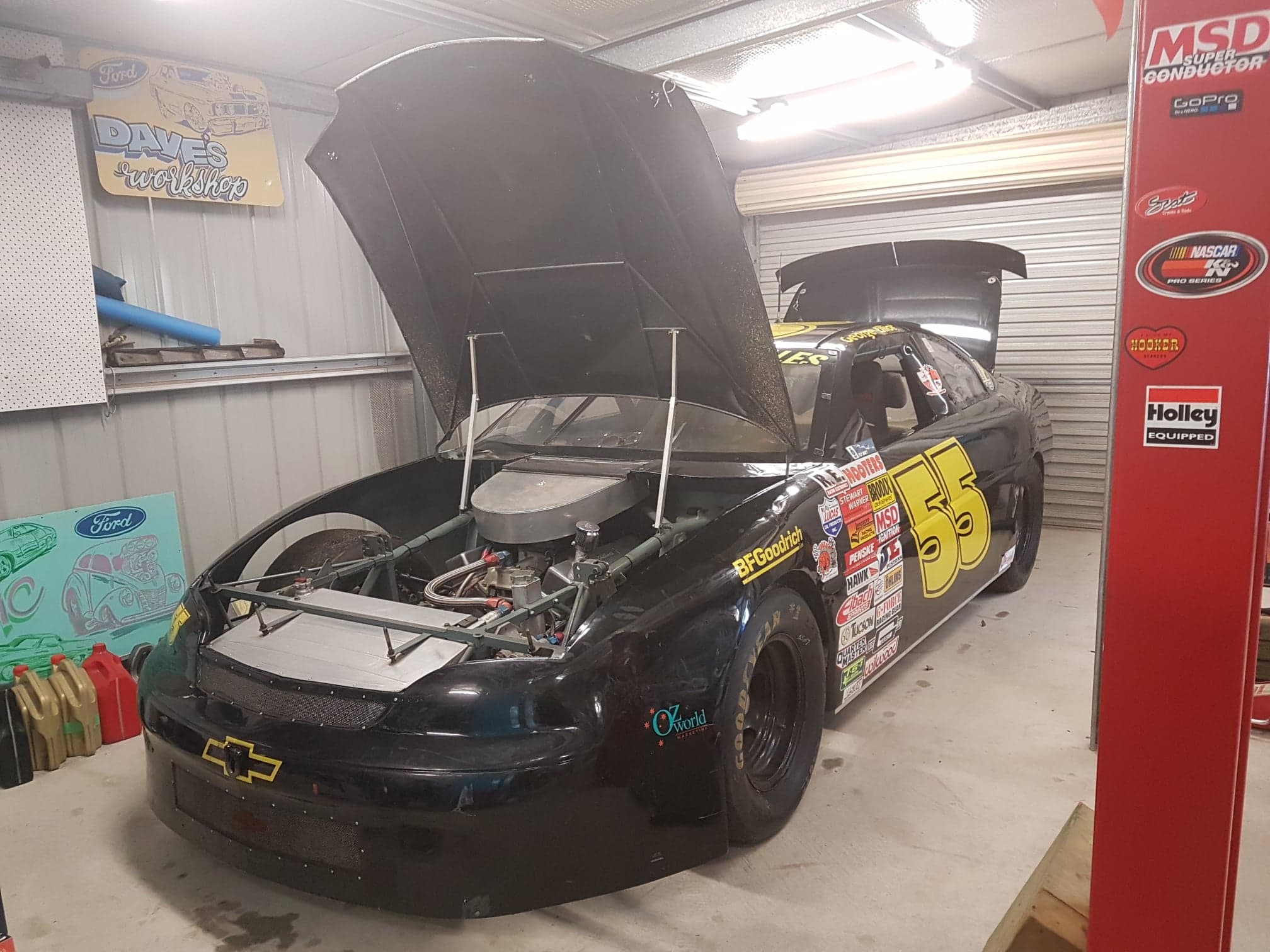 After the car was put together, the #55 was sent down to Scott Williams at Slipstream Signs and they got to work on putting on all the many signage and decals on the car.

Finally the end result was that George Elliot’s car was back in Optus Communications and Triple M signage, signage that adorned his cars when he raced the Lumina and now they are on the Monte Carlo.

So where is it going? It is going to Bathurst but it isn’t going to race on the Mountain like Stock Cars have in the past but instead it will reside in the museum alongside many of the finest racing cars to grace tracks around Australia.

That is the story of how the #55 went from a rolling shell to a museum masterpiece.

I like to write about the Melbourne Tigers, NASCAR, AUSCAR, Music and Star Trek. View all posts by RKS