Marcos Ambrose has been in more Cup races than any other Australian with James Davison moving into second on September 7 2020 with Dick Johnson now third followed by Terry Byers and Allan Grice.

Frank Gardner finished 44th in his #11 Ford Torino after blowing an engine on Lap 2 of the 1968 America 500 at Rockingham. 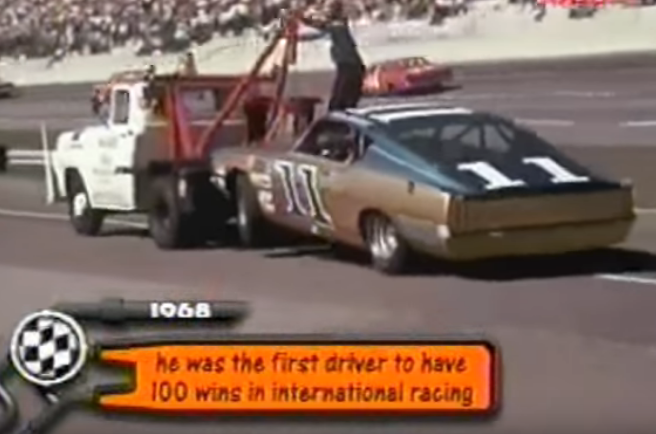 An hour video of the race is on YouTube with Tony being mentioned 15 minutes in as his smoking car is seen going past the off track car of Jimmy Means and again from the 46th minute mark as he is being lapped.

Tony tried qualifying for other races though he was unsuccessful, his 18th place finish was the best by an Australian until Marcos Ambrose came along. 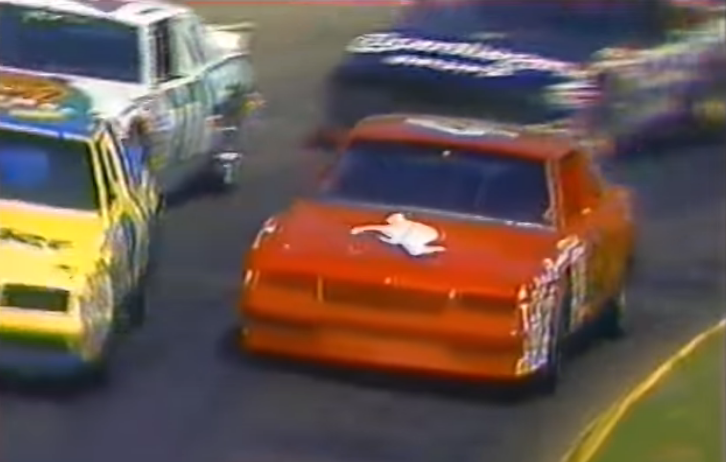 Allan and Marcos Ambrose have both driven a car numbered 47 in NASCAR sanctioned competition.

Terry qualified for races at Charlotte, Pocono and Daytona, he finished three of them and had a blown engine and a crash as his last two results.

Terry tried qualifying for a couple of Daytona 500’s in the mid 1990’s but was unsuccessful though he did outlast several experienced competitors in the qualifying races.

Dick’s crew chief was Ray Everham, the man who would later guide Jeff Gordon to several of his championships.

He is well known for calling Richard Petty a prick after the King spun him at Sonoma followed up minutes later by swearing live on air when his Thunderbird was about to hit and get stuck on a tyre wall.

Geoff Brabham raced in the inaugural Brickyard 400 and crashed on Lap 130 resulting in a 38th place finish.

He drove for JTG Daugherty Racing and Richard Petty Motorsports and while he was a threat on the road courses, he was also good on the short tracks as well.

Marcos is the only Australian to win a Cup race. 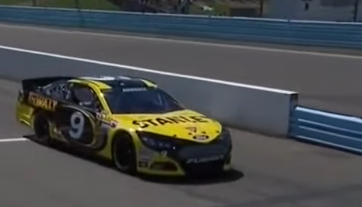 Owen Kelly finished 24th in the Cheez-It 355 at Watkins Glen in 2013 driving the #51, Marcos Ambrose was also competing in this race.

Charlie O’Brien attempted to qualify for the 1994 Save Mart Supermarkets 300 but was unsuccessful, he was listed as driving a Pontiac and was sponsored by Qantas.

ESPN spelt his last name incorrectly after listing it as O’Brian and not O’Brien. 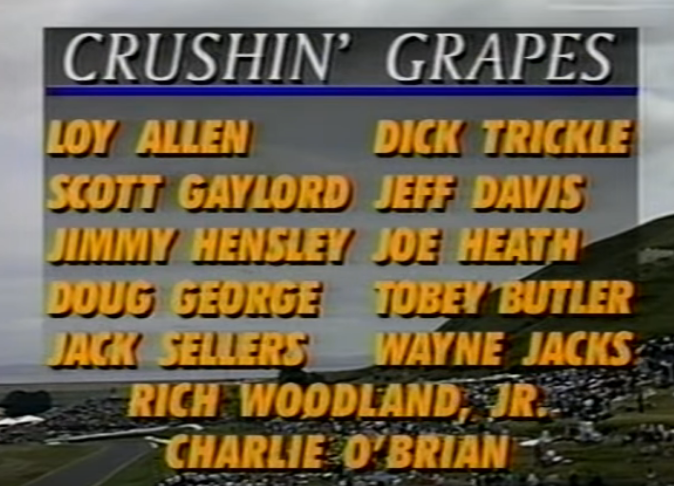 Two time Australian NASCAR champion Robin Best attempted to make the Coca Cola 600 in 1990 but was unsuccessful in the #48 Chevrolet owned by James Hylton.

The 1990 Coca-Cola 600 also had Dick Johnson unsuccessfully qualify for the race and Terry Byers qualified but was out of the race after 40 laps with a blown engine.

James Davison made his Cup debut at Pocono for Spire Motorsports, he was originally going to drive the #77 at Talladega but was disallowed as he had no prior Cup experience on an oval track.

James joined Rick Ware Racing at New Hampshire and has raced in ten races for the team who have fielded both Chevy and Ford cars.

He finished 34th in his debut race and has a top finish of 29th (Charlotte) after finishing 30th four previous times.

His race at Charlotte almost ended in disaster as a stack up caused James to hit the back of Denny Hamlin causing Denny to spin and James to have significant damage to the front of his Chevy.

I like to write about the Melbourne Tigers, NASCAR, AUSCAR, Music and Star Trek. View all posts by RKS